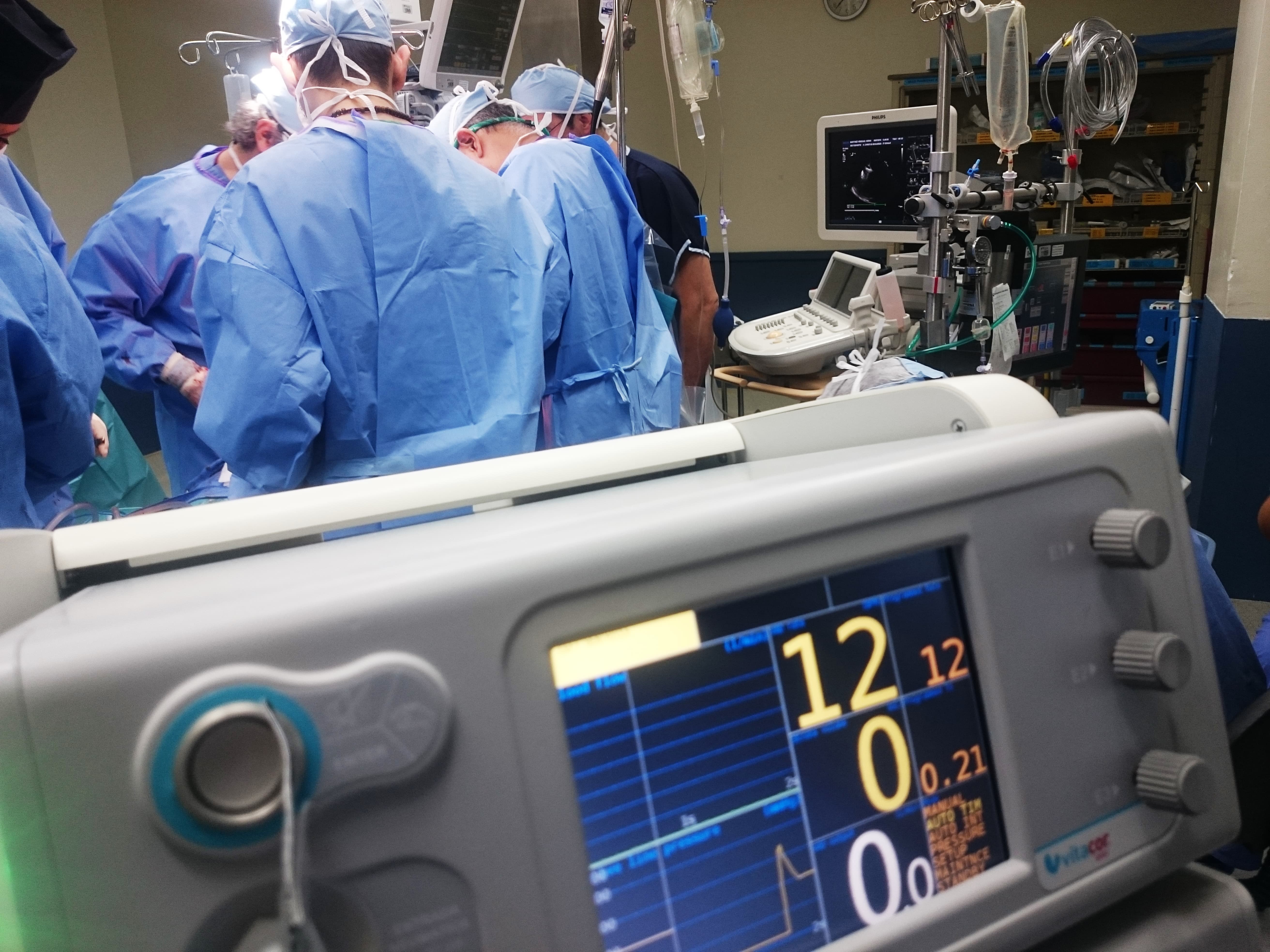 My Dad Died of What?

Your Dad is being taken by ambulance to the ER and you need to call the hospital now. I heard those dreaded words several years ago. By the time I located the attending ER Physician who had worked with him, he was in the ICU on life support. All of this unfolded in a matter of minutes. He lived out-of-state and I had just spoken with him two days prior - he seemed fine. The ER doctor shared that he had been speaking with the EMTs but was unresponsive when he arrived in the ER. I received his death certificate a week later and cause of death was heart failure. He had the heart of someone years younger so I called the hospital back and located the ER Physician who initially treated him. He remembered my Dad and explained to me that he died of sepsis.

Until that time, I had never heard of sepsis. Since then I have talked with many people who have lost loved ones to this deadly killer. Sepsis can affect anyone from newborns to the elderly to hearty twenty-somethings following something as apparently harmless as a scratch or flu. It is also relatively common after childbirth or surgery. Some have lengthy illnesses and others are healthy until sepsis strikes.  So why have most people never heard of sepsis?

More people have heard of a septic tank than septic shock.

This is unfortunate since septic shock kills millions of people worldwide and very few are harmed by a septic tank. Septic shock is sepsis at its worst and has a mortality of greater than 50%. In fact, sepsis is the most expensive and preventable medical condition in the world today. As I learned, there are several reasons why most people have never heard of sepsis.

Sepsis is one of the most challenging and deadly illnesses in hospitals across the country.

It often mimics other diseases, is difficult to diagnose and costly to treat.  The symptoms of sepsis include fever, chills, shortness of breath, increased heart rate, pain or discomfort, and confusion, which are also symptoms of other conditions such as flu, pneumonia, urinary tract and lung infections.  According to the Centers for Disease Control and Prevention (CDC), sepsis is a serious medical condition caused by an overwhelming immune response to infection. Sepsis starts innocuously enough with the immune system recognizing invading bacteria and mounting its normal response. The immune cells release signaling proteins called cytokines that help the body to overcome the invading bacteria. However, with sepsis, for reasons not understood, the immune systems goes into overdrive, releasing more cytokines than needed.  When that happens, the body undergoes a series of changes, including blood clots and leaky blood vessels that impede blood flow to organs. These immune molecules surging through the bloodstream are very damaging, causing the blood vessels to slacken, thereby reducing blood pressure.   Blood pressure drops, organ failure occurs, the heart is affected and death can result.

It is important to remember that sepsis is your body’s reaction to an infection, not an infection itself and is not contagious. Doctors often order a battery of tests to try to pinpoint the underlying infection including blood tests, other lab tests and imaging scans if the site of the infection is hard to pinpoint. With more than 258,000 lives being lost per year, sepsis ranks as the third leading cause of death in the U.S. after heart disease and cancer.

Most sepsis cases start outside the hospital setting.

Sepsis is the body’s response to an existing infection. Eight out of 10 (79.4%) patients hospitalized for sepsis were classified as having sepsis onset outside the hospital in a retrospective medical record review conducted by the CDC. Some of the more common conditions that develop into sepsis are flu, pneumonia, urinary tract infections and complex wounds. Seven in 10 sepsis patients previously visited their doctor, or used other healthcare services, soon before hospitalization or had chronic diseases that required frequent medical care, highlighting the need for greater sepsis prevention efforts in outpatient medical care. Every hour that sepsis goes untreated raises the risk of death by 8 per cent. One in five of those who do survive are left with long-term damage to organs such as kidneys, lungs and the liver. Until a cure for sepsis is found, early detection is the best hope for survival.

Sepsis has been around for thousands of years but the definition is evolving.

Sepsis was first described by the Egyptians more than 5,000 years ago and given its current name by the Greek physician Hippocrates about 2,400 years ago. In contrast, the characterization of its clinical stages and sepsis monitoring tools have changed three times in the past 25 years, most recently in March 2016. Originally, sepsis was thought to be an internal rotting or decaying. This was due to the smell of those afflicted and Hippocrates applied the Greek word for decay-sepsis.  Through the years, several stages of sepsis have been defined with the goal being to get ahead of the infection since mortality drops with each stage of the infection. Understanding how and when to indicate sepsis has been an evolving definition, making it harder to diagnose. Please read here for more details about the evolving definition of sepsis.

Sepsis is not caught soon enough and there is no standard approach to diagnosis and treatment.

If sepsis is suspected, most hospitals perform phenotypic identification of blood infection using blood culture and Gram staining but the turnaround time is usually delayed, taking four to six days to receive results. Additionally, not all blood cultures grow well which impair the accuracy of the identification of the pathogen causing the infection. Time is tissue when dealing with sepsis so accurate and timely diagnosis is critical. Molecular diagnostics for bacterial identification from companies like Diatherix, can provide rapid detection and accuracy of the pathogen. Diatherix’s approach uses a DNA sample to test twenty-nine different organism and can return the results in as little as two hours. Click here to read more about Diatherix’s solution. This type of testing is precision medicine at its best, with the ability to determine whether the infection is bacterial, viral or fungal so that doctors can deliver the best medicine to stop the infection. Understanding the pathogen sooner could help with over-prescribing antibiotics or unnecessarily using antibiotics.

Different approaches need to be taken in the identification of sepsis.

While there remains controversy surrounding the definition and treatment of sepsis, key advances are occurring in the area of early identification.  Most healthcare sepsis solutions are dependent upon EMR data and the use of clinical indicators using rules-based analytics. Machine learning has the ability to improve the accuracy of the predictions without readjusting the rules. The New England Journal of Medicine wrote that machine learning would have the ability to identify conditions like sepsis within ten years. In our work at WPC Healthcare, we have developed machine-learning algorithms that identify patients in the ER with high likelihood of having or developing sepsis with greater than 95% accuracy, without the use of EMR data.  This technology is being using in hospitals today and is offering significant timing advantage to the identification of this deadly killer. Imagine knowing in the ER if you are at significant risk for sepsis and the clinical team begins accurate identification of the pathogen and the correct treatment plan. If sepsis can be rapidly detected and treated, the financial cost and patient suffering will decrease.

Data science approaches like machine-learning, predictive analytics and data mining are beginning to be applied to healthcare challenges.  When sepsis patients are identified earlier and diagnosed accurately, treatment can begin sooner creating a win-win scenario for healthcare and patients.

Machine Learning – why we don’t want to trust
Data – if I knew then what I know now
Is It Time to Hang Out Your Own Shingle?
Looking for your next meaningful IT career opportunity?
We’ve got you covered too. Click here to set up a consult.